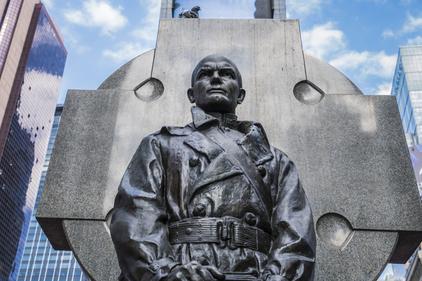 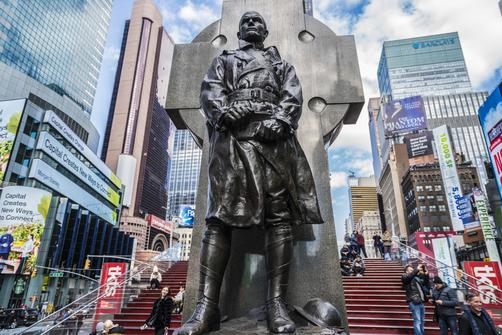 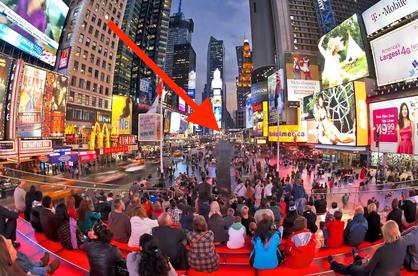 “Millions of people, both New Yorkers and visitors, walk by the Father Duffy statue at the foot of the iconic Red Steps in Times Square every year, and it’s sad to say that a large percentage of those people don’t know his story,” said Tim Tompkins, President of the Times Square Alliance.
“It is a great asset to this public space to now provide that story straight from the man himself.” & quot;Every-time we start a Talking Statue project, people ask, what will the statue say? In the case of Father Duffy it has been the opposite. The question was not what he would say, but more
what he wouldn&#39;t say from his fantastic life as a soldier, priest and military chaplain,” said David Peter Fox, Producer and Founder of Talking Statues. &quot;The collaboration with Times Square Alliance has been a great joy. I hope that when Father Duffy starts talking, the other statue on
Times Square, George M. Cohan, will get jealous, so we have to give him a voice too&quot;.

SPEAK FOR THE FIRST TIME

Part of the Talking Statues program, the Father Duffy Statue in Times Square joins other statues

that have been activated to speak and tell their story via technology
(Times Square, N.Y. – June 27, 2019) Tim Tompkins of the Times Square Alliance with
David Peter Fox, producer and founder of Talking Statues will commemorate the 87 th
anniversary of the death of Father Duffy by activating the statue on Duffy Square to tell his story
to visitors and locals who pass by. A short demonstration of the technology will take place at
11:00am on Thursday, June 27 in Times Square on Duffy Square by the statue itself in
front of the Red Steps.
Talking Statues launched in Kings Garden, Copenhagen on September 13, 2013 activating the
statue of Hans Christian Andersen and was followed by other similar activations in London,
Helsinki, Leeds, Manchester, New York, San Diego, Berlin, Dublin, and Chicago. David Peter
Fox came up with the idea after walking through Kings Garden with his children. After thinking
about how one can tell the story behind the statue, he concluded that it would be best to create a
way for the statue to speak for itself. This technology will allow New Yorkers who have walked
by the statue hundreds of times to hear the story behind it and educate visitors on their trip to
New York City about another historic landmark in the heart of Times Square.


About Talking Statues
Talking Statues started in Copenhagen in 2013 by documentary filmmaker David Peter Fox.
While taking his children through the King’s Garden, Fox was fascinated by the stories behind
the statues, and he tried to think of a way to best communicate this to the public. His original
idea was to make small films about each statue but then decided the statues should tell their own
stories. In September 2013 Talking Statues debuted its first talking statue of fairytale writer Hans
Christian Andersen in Copenhagen’s King’s Garden. It was a huge success, and the project
expanded to cities such as Helsinki, London, San Diego, Berlin, and Chicago.