The team behind the first talking statues

Our team is highly skilled and have years of experience in the film business and in work with culture and history:

How it all started i Denmark

Talking Statues started in Copenhagen in 2013 by documentary filmmaker David Peter Fox from Bertha Media. While taking his children through the King’s Garden, Fox was fascinated by the stories behind the statues, and he tried to think of a way to best communicate this to the public. His original idea was to make small films about each statue but then decided the statues should tell their own stories. In September 2013 Talking Statues debuted its first talking statue of fairytale writer Hans Christian Andersen in Copenhagen’s King’s Garden. It was a huge success, and the project expanded to cities such as Helsinki, London, San Diego, Berlin, and Chicago.

The project Talking statues, which started in Copenhagen today gives the opportunity to some of the most prestigious cultural figures from Copenhagen, Helsinki, London, and Chicago a chance to tell their own history to the passersby.  With the new modern mobile technique, there is a completely unique opportunity for a new form of dissemination of our heritage in urban space through spectacular live demonstrations around the world: The statues come alive and tell their own stories with accurate human voice. In other words, Copenhagen statues and statues around the world are engaged in the new fantasy of the 21st-century mind and imagination, namely, to make possible the impossible through the latest technology!

The idea of getting statues to speak
I got the idea in Kings Garden, which is located in the middle of Copenhagen. Kings Garden is a public park next to the kindergarten that both my children, Alfred and Leah, attended. On weekdays, I used to walk through the park with them to take them to kindergarten. On the way, we saw several statues of historical figures, including Hans Christian Andersen and Queen Caroline Amalie, consort of Denmark, in her beautiful Victorian dress. This led me to wonder  how I could tell people the story behind each statue as they passed it by. I also thought about what the best form of media for this would be. There were several things to consider – it had to be exciting, but it was also important that it was brief and, perhaps most crucially, people had to be aware that the statues could speak.

Why not use film as the medium?
I studied film media and have lots of experience with TV and film production, so my first thought was to make short movies that could be watched on mobile phones. My first idea was to film the statues from many different angles so that they would be exciting to watch while listening to the story, but I was not satisfied with this. No matter how many angles you film a statue from, it will always stand still. The idea of using a crane with a camera that circulated around the statue while a voice narrated the story was also an option, but both of these solutions seemed too old-fashioned and uninteresting.
One day, the idea of letting the statues talk with their own voices came to me. The idea seemed simple and straightforward and I knew right away that I had found the right concept. I had been looking for something that was different and would attract attention and, through this method, the statues would now bring their stories to life.

Making the monologue for the statue
Since this project was the first of its kind, the whole thing had to be invented from scratch. The first step was to think about what the statues would say if they could talk. I quickly realised that the monologues worked best when they were about two minutes’ long with subject matter that related to the past, present and future. When we worked on making a monologues, we had to design a whole universe for each statue and research the character of the figure. Then, a new question arose: would the passers-by be able to relate to the figure?

I remember that when we were writing the monologue for the statue of Danish philosopher Søren Kierkegaard, which is located in the Royal Library Garden, we read that he had not liked being photographed. This inspired us to try a monologue in which the statue of Kierkegaard asks passers-by to not take photos and post them on Facebook. It seemed funny in the writing process, but it did not work. It seemed too much - maybe because he was starting to tell people what to do, maybe because it seemed odd for him to talk about Facebook - so we left it out.

Other things we had to consider were how the statues should address the passers-by and whether or not the statue should talk about the present or even the future.

Today, we still use a scriptwriter who writes the text based on historical research. We try to let the figure talk about the highlights of its life. A funny story about the actual statue is also added as we quickly found out humour is an important factor in making people want to listen. We usually say that the text should be about 2-3 minutes long, but it does depend on the story. When the text is finished, we work with an actor to make a recording in a sound studio, insert the soundtrack into the app and, finally, make a sign with a QR code.

Stopped by guards at the Royal Palace
Our first version of Talking Statues featured an animation of the statue along with the monologue. In order to make the animation, we needed a close-up shot of the statue’s face. Some statues, however, are very high up so we had to rent a crane that could lift us 20 metres in order to be able to take such a photo.
Seeing a photographer face to face with a statue 20 metres in the air was a very unusual sight in Copenhagen. I doubt that anyone who saw us would have understood what we were doing!
Once, when we were at the Royal Palace taking pictures of the equestrian statue of King Frederick V on Horseback, security guards came and asked us to come down. Fortunately, we had already taken the pictures and managed to finish the work without any further problems.

The QR code. A limited budget made us more creative
Our first idea was to use GPS activation so the statues started talking when people approached them, but this proved too expensive at that time. We had a limited budget, so we had to change our plans. We were receiving a lot of press coverage along the way and, one day, after an article appeared in the Danish national newspaper Politiken, a salesperson from a QR company, Scanbuy, called me to suggest the use of QR codes. I had not thought about this solution before, but we met and he told me about all the great possibilities. As a result, we started working with QR codes.

Today, all Talking Statues projects around the world work with QR codes. It works easily and quickly and you do not need to have an app - you can just use a QR Scanner. It is very simple - scan the code and the statue will start talking!

Choosing the name “Talking Statues”
The name Talking Statues was introduced in September 2013. The idea came almost by itself. We knew that, because the idea was so new, the name had to be descriptive. We also knew right from the beginning that we needed an English name since we wanted the project to be international. We then registered the same name Talking Statues on the Internet, Twitter, Facebook, etc.

After a successful launch, other cities quickly followed
The project launched in Copenhagen on September 13th, 2013. The first statue to talk was Hans Christian Andersen in Kings Garden. The project was funded by the City of Copenhagen with sponsorship from Scanbuy who provided the QR codes.

A year later in 2014, the project started appearing in other cities like London, Helsinki, Leeds, Manchester, New York, San Diego, Berlin, Dublin and Chicago. In principle, they all followed exactly the same concept and were true to the universe we have created, a universe in which each statue becomes a kind of ghost that can look back and forward through time.

All Talking Statues today are adorned with a sign showing a QR code and our motto is still, “What do you think the statues would say if they could talk?” Over the next few years, we expect the project to come to many more cities worldwide and more and more statues to talk. It is even possible that the technique will one day allow them to talk to each other too!
​ 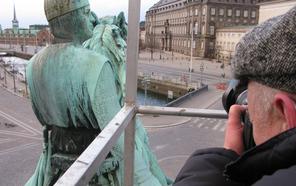 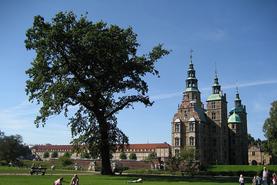 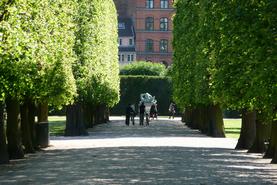 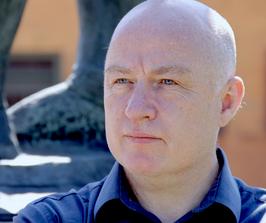 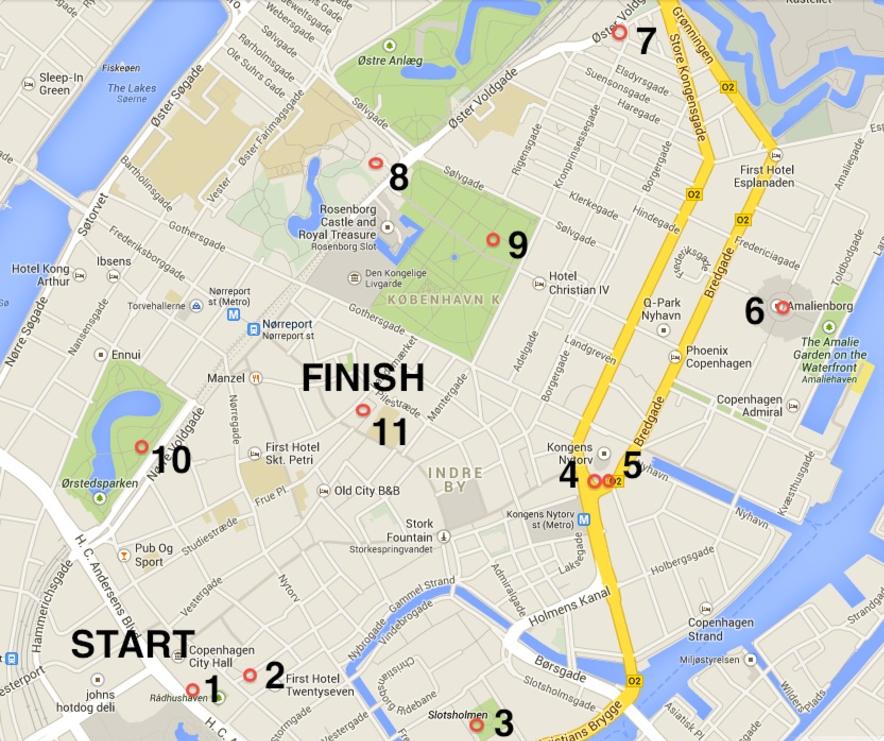 Filming statues high up from a crane in Copenhagen

The statues of Hans Christian Andersen was the  first Talking Statues in the world.
It was made public in 2013, 13th of September